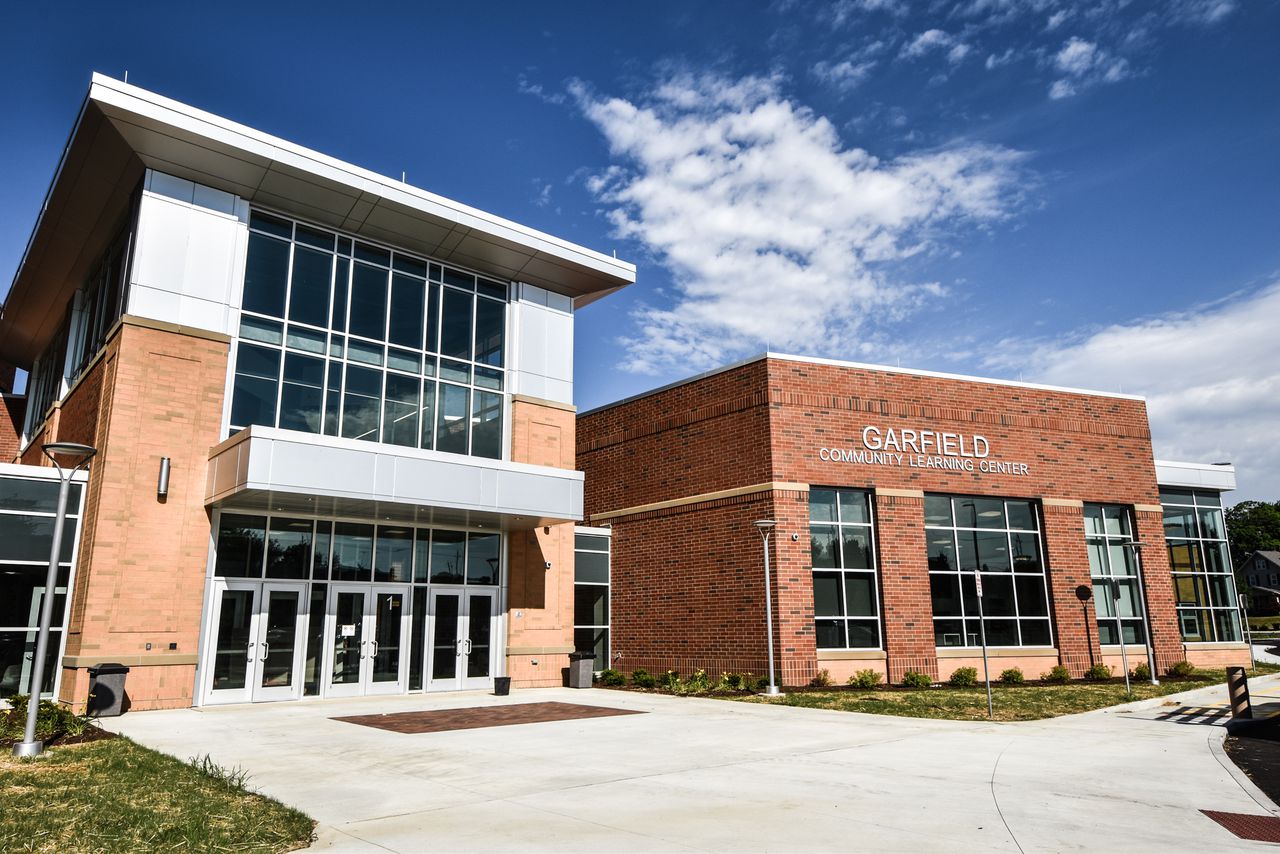 AKRON, Ohio– Akron Public Schools students who live in the communities of the former Garfield and Kenmore High Schools will start school on August 29 in a brand new building.

The 260,000 square foot Garfield Community Learning Center is located on the 10-acre site of the former Garfield High School in the Firestone Park neighborhood of Akron at 435 N. Firestone Blvd. The new high school will serve a larger footprint than any other Akron Public Schools neighborhood school, according to director of marketing communications Mark Williamson. It combines the former Kenmore High School (in Southwest Akron) with Garfield’s current enrollment (of Firestone Park/South Akron).

Like other Akron Public Schools Community Learning Centers, the building will operate as a school during regular school hours and a community center after school, on weekends, and during the summer, maximizing value for taxpayers while providing opportunities for community members.

Community center offerings include recreation, adult education, after-school and summer programs, and a variety of community activities. To date, the district has rebuilt, remodeled, or restored 32 buildings through the Community Learning Center program, which uses a combination of state (59 percent) and local funds (voters approved a 0.25 % of city income tax in 2003), according to Williamson. .

Around 900 students will attend the school, which will house the FirstEnergy Academy of Emerging Technology and Design. The First Energy Academy will offer courses in advanced manufacturing, business management, and energy and environmental protection. The school’s Acme Fresh Market Academy of Innovation and Industry will offer courses in construction and building technology, culinary arts, nursing and patient care.

The district will display several terracotta artifacts from the original Garfield High School in the new building, Williamson said.

The school will also provide a 75-yard football and soccer practice area at the corner of Archwood Avenue and Beardsley Street, according to Williamson.

Want more information about Akron? Sign up for the Rubber City update from cleveland.coma newsletter sent by e-mail at 5:30 a.m. on Wednesdays.

Technopark-based company launches community learning centers as part of its…