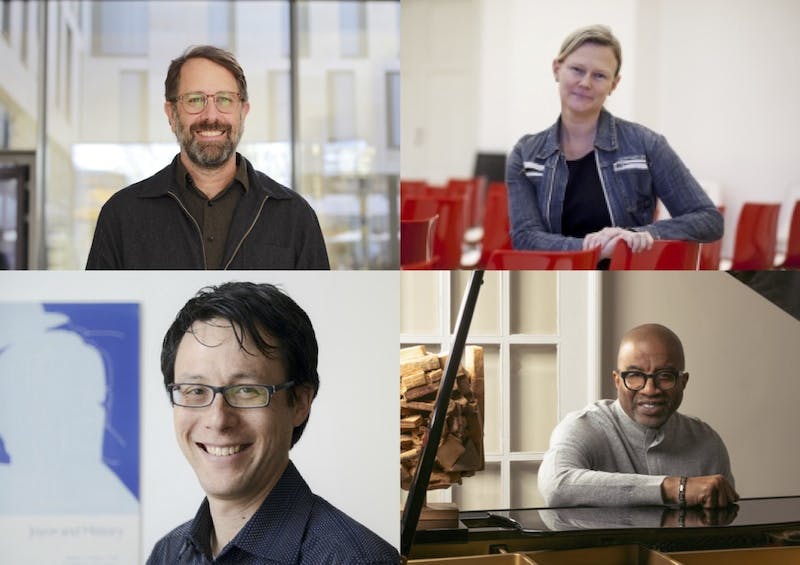 The Fellowship has been awarded annually by the John Simon Guggenheim Memorial Foundation since 1925. It funds scholars and artists across the United States and Canada, with the aim of assisting the development of recipients and enabling them to pursue research “in the freest possible conditions”. .”

Barber, who is majoring in the environmental histories of architecture at the Weitzman School of Design, is one of two fellows selected by the foundation for the architecture, planning and design category.

His Guggenheim project, “Thermal Practices,” focuses on how to live in buildings after fossil fuel sources are no longer socially viable, according to Penn Today. He is currently on leave from Penn to work as a senior researcher at the Center for Apocalyptic and Post-Apocalyptic Studies at the Universität Heidelberg in Germany.

Professor Bowes is the only recipient of the scholarship in the classics category. Bowes studies the archeology and material culture of the Roman world, focusing on the working poor.

She served as editor and senior editor of a two-volume book published in 2021, “The Roman Peasant Project 2009-2015: Excavating the Roman Rural Poor”, documenting the six-year archaeological digs that Bowes co-directed.

One of two fellows selected in the music research category, Ramsey is a music historian, pianist and composer. He is also the author, co-author or editor of four books and biographies on the history of music.

Additionally, Ramsey is the founding editor of the MusiQology.com blog, hosts a podcast, and started a community arts initiative for underserved communities called MusiQology Rx. He is also a producer, label manager and band leader of Dr. Guy’s MusiQology, where he has several recording projects and has performed in several venues.

Receive our newsletter, The Daily Pennsylvaniandelivered to your inbox every weekday morning.

He is currently working on two projects: a series of personal essays entitled “Attack Decay Sustain Release” and a study entitled “Does a Cliff Have a Face?” which explores the idea of ​​obligation towards the non-human.

Saint-Amour is also a trustee of the International James Joyce Foundation, sits on the faculty editorial board of the University of Pennsylvania Press, and holds a position on the oversight committee of the English Institute.

As of 2021, Penn had only one professor named Guggenheim Fellow, Julie Nelson Davis. Davis, an art history professor, won the scholarship for his work on Japanese print culture from 1770 to 1820 and “Ukiyo-e,” an artwork that depicts the “floating world.”