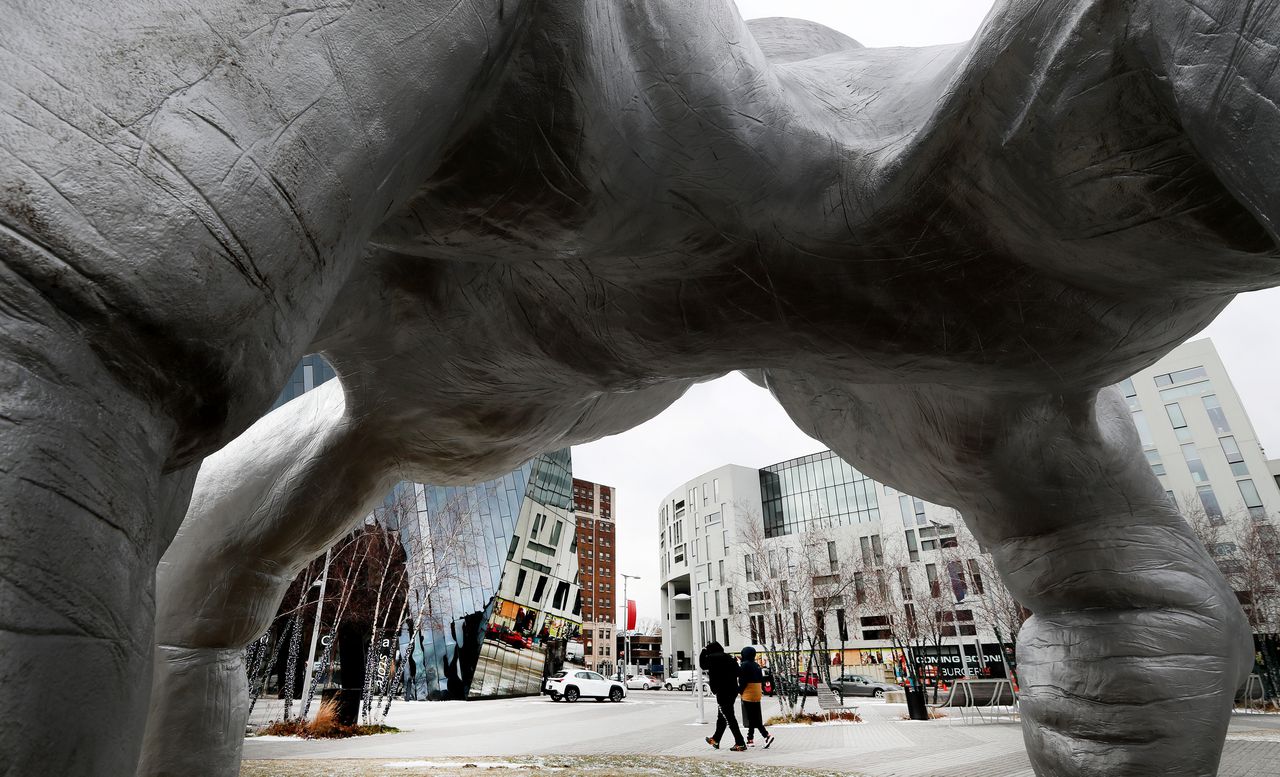 Fred Bidwell, founding CEO of the triennial, said he views the mural project and the scholarships as investments in Cleveland’s cultural future.

“Both of these projects are looking at a much longer horizon,” he said. “This is an attempt to address the injustice that artists of color have not had access to the kind of support that white artists have had in this city.

“It’s not about hanging artists’ work on the wall and including them in the exhibit,” Bidwell continued. “FRONT can and should play a much more active role in the development of the arts in the community. »

The scholarships will be awarded on a three-year cycle to recipients who live and work in Cuyahoga, Geauga, Lake, Lorain, Portage or Summit counties, the triennial said in a press release.

In addition to the $25,000 award, recipients will receive funding for one national research trip and one international trip, as well as support and career development services from triennial FRONT staff and our partner institutions.

The winners will also be able to develop a project for the 2025 edition of the triennale.

The first set of winners will be announced at FRONT’s Opening Gala on July 14 at Madison, a new event space in Midtown at East 40th Street and Payne Avenue. Details will be forthcoming.

Bidwell thanked the Cleveland Foundation for supporting the scholarship program.

FRONT attracted 90,000 visitors and generated more than $30 million in economic impact in northeast Ohio in 2018, its first year.

Bidwell said he hopes to surpass those benchmarks with the 2022 edition of FRONT, delayed from 2021 by the coronavirus pandemic.

“Our goal here,” he said, is to make certain artists famous, not just in Cleveland, but beyond Cleveland. Being famous in Cleveland is not enough to have a lasting career.

Bidwell said Cleveland’s Cultural Ecology offers nothing like the scholarships provided by FRONT, especially for artists of color.

“It’s about giving an artist experiences that really change the trajectory of their work and expose them to the possibilities available to them.”