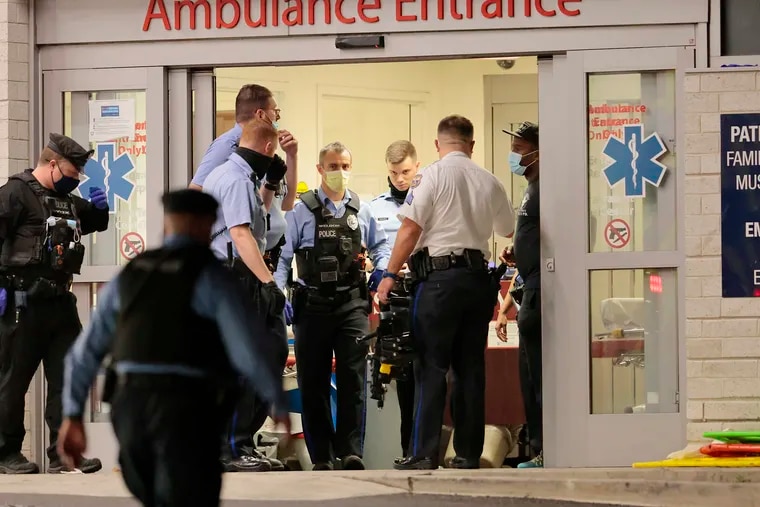 The reminder arrives in my inbox every week from Human Resources. I have another mandatory employee training module to complete.

Like most of my colleagues, I consider these annual online mini-courses – on topics such as medical radiation protection, billing compliance or hand washing – well-intentioned and of marginal benefit, something to click as quickly as possible while keeping just enough to pass the quiz at the end. A nuisance, sure, but nothing too annoying.

This year, however, one of the presentations makes me uneasy. So much so, in fact, that I can’t bring myself to finish it.

The module, which I have known for years, features a film produced by the Department of Homeland Security titled “Run, Hide and Fight: Survive an Active Shooting Eventand teaches you what to do if you encounter an active shooter in your workplace. It starts with a typical office scene – people working in cubicles, sipping coffee and chatting around the water cooler – but overlaid with an ominous soundtrack. Cutting through the office scenes, we see a man dressed in dark clothes and sunglasses walking menacingly down the street. He enters the office, strides down the hallway, and nonchalantly begins gunning down workers with bullets from the gun he pulls out of a backpack. Victims collapse in a heap on the floor, and as the simulated mass shooting unfolds, a narrator’s voice offers strategies for surviving a workplace massacre: run, hide, and fight.

The training film reminds me of something I watched many years ago: a short film from the 1950s titled “Duck and Blanketproduced by the US government. In this grainy black-and-white time capsule, bobby-socked girls and Brylcreemed boys leap under school desks during a drill preparing them for a Soviet nuclear attack. All hoping, I guess, that a few inches of wooden desk will somehow protect them from a thermonuclear blast. “Duck and Cover” was made during the height of the Korean War, when some American leaders still considered the strategic use of nuclear weapons as an option. The civilian training films prepared us for a nuclear attack and created the illusion of a certain level of security where there really was none. They tried to make the unspeakable manageable.

Today, the threat of nuclear war persists, but in the United States at least, the greatest “unspeakable” risk now is death at the hands of a disgruntled loner armed to the teeth rather than a mushroom cloud. .

Late last year, my facility suffered a real active fire event. An employee, for unknown reasons, entered the hospital late at night with a gun, searched for and found a colleague and murdered him at a workstation. I was not in the hospital that night and have no idea if any of the lessons taught to my colleagues in “Run, Hide, Fight” were invoked. Maybe they were. But I wonder if these lessons offer more coverage than Eisenhower-era desktop computers.

“Can we really expect training videos to reduce body counts if we can’t deal with the flood of guns that pervades our country?”

More importantly, I fear that these training videos will focus us on handling, rather than preventing, a shooting in the first place. And I’m afraid that when training videos on surviving a workplace shoot become as routine as handwashing and invoicing videos, every year the unspeakably abnormal becomes, little by little, a little more normal.

While I have no doubt that the administrator who assigned me the active fire pod has my best interests at heart, I want to remind them that no civilian training film has ever prevented a death from a nuclear war. Instead, it was diplomacy and disarmament guided by leaders who understood the true calamity of nuclear war that rolled back the threat. Can we really expect training videos to reduce the body count if we can’t deal with the flood of guns that pervades our country? And in the long run, could the workouts that make mass shootings seem manageable do more harm than good?

One day I pray that the training movie in my queue will be as supernatural and anachronistic to my children and grandchildren as “Duck and Cover” seems to me. Until then, the emails will continue to arrive.

Artists and musicians are surviving the pandemic with education-focused scholarships