One October morning in Loitoktok, a picturesque town in southern Kenya on the border with Tanzania, Emmanuel Maiyani sat down with a colleague to discuss tree seedling species, prices and planting locations as ‘they were filling out an excel sheet for hours.

With 3.5 million Kenyan shillings ($ 35,000) in funding from WWF, Maiyani was busy planning a major tree-planting initiative later in the month, where 300 members of the local community would plant 25,000 seedlings to restore 245 hectares (605 acres) of native forest against a backdrop of majestic Mount Kilimanjaro.

Maiyani is a farmer and businessman who chairs one of Kenya’s 150 Community Forestry Associations (CFAs). These associations act as stewards of the country’s forests, protecting them from logging and environmental destruction, and providing rural communities with a reliable source of income and employment.

“Loitoktok Forest is my life. I am attached to the ecosystem and the forest. I feel indebted to protect and preserve it because I am passionate about it. This is a purely voluntary role and I am happy to continue to offer my leadership for the well-being of this forest, ”Maiyani told Climate Home News.

These forest communities were supposed to play a vital role in Kenya’s ambitious tree-planting program, but they say they have been sidelined as the government struggles to achieve its goal. To curb deforestation and restore drought-stricken areas, Kenya has established a strategy in 2018 to increase its forest cover of two billion trees, to 10% of the national land mass by 2022.

With just over a month to go, Kenya looks a long way from its target, having only planted 300 million trees per year (1.2 billion trees in total), told Climate Home a spokesperson for the Kenyan Forest Service.

As part of its tree planting strategy, the government said it would include communities and provide them with grants for forest restoration. But a ministry official told Climate Home News the fund has yet to be launched and no association has received funding to date.

Communities say they have been kept in the dark about government plans and are forced to rely on nonprofits to fund restoration projects.

“We haven’t received any support yet,” Maiyani said. “If the government did [provide funding], it would really help us increase member income and also hire some members as forest scouts. “

Emmanuel Maiyani, president of the Loitoktok Forestry Association inspects a tree in a nursery at one of its members’ family properties in Kenya (All photos: Anthony Langat)

When Kenya gained independence from Great Britain in 1963, 10% of the country was covered with forest. During the last decade forest cover has fallen to 6%. Between 2001 and 2020, Kenya lost 361 kha of tree cover, equivalent to 176 Mt of CO2 emissions, according to Global Forest Watch data. Many rural communities in Kenya depend on firewood for heating their homes and cooking.

More intense and frequent droughts worsen the situation, killing swaths of young trees across the country.

In 2018, the government banned all logging in the country in response to the drought. Two years later, the ban was partially survey for the “The elimination of mature and overripe forest plantations for an area not exceeding 5,000 hectares. “

The tree planting program was expected to contribute to a 50% reduction in greenhouse gas emissions from Kenya’s forestry sector, one of its goals. 2030 climate plan.

Failure to meet the 10% target by 2022 means Kenya is not on track for its 2030 climate target, said Sarah Kahuri, forest information systems analyst and expert climate, to Climate Home News.

“The 30% reduction in emissions was calculated with reference to the restoration of our ecosystems. This means that as a country we will not meet the commitments of our nationally determined contribution. [to the Paris Agreement],” she said.

The Kenya Forest Service described the involvement of CPAs as the “The only way to ensure sustainable use of forest resources. “

Since its formation in 2005, the Loitoktok community has planted trees in areas that have experienced severe deforestation and land degradation. Today it has nearly 1,500 members, who are engaged in a wide range of conservation activities, including beekeeping, nursery establishment, ecotourism and restoration of forest areas. Members can also pay 100 Kenyan shillings ($ 1) per month to graze their cattle in the forest. 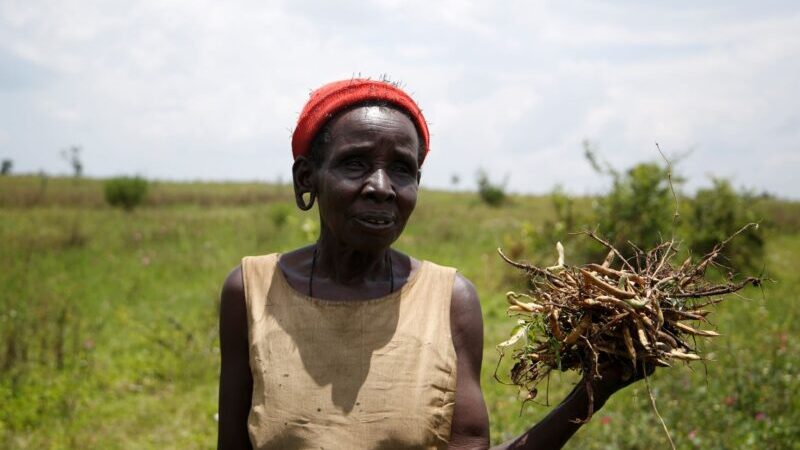 Esther Leleito, CFA member from Chepalungu, uproots her bean crop on a plot of land allocated to her by the CFA

With government support, they could do a lot more, Maiyani said. “If they just gave us grants, it would help manage our CFAs and implement activities such as better equipping our apiaries and creating more nurseries. “

500 kilometers from Loitoktok is the Chepalungu Forest, a lush hilly landscape that spans thousands of hectares. The trees in the forest are young and there is a clear view of the town of Siongiroi in the distance, where the tin roofs reflect the midday sun. In the forest, Joseph Towett, the president of the Chepalungu Forestry Association, inspected the newly planted seedlings, while community members harvested their beans nearby.

Towett recalled how the forest paid the price when the country descended into post-election violence in 2007. Locals rushed over it, evicting rangers and burning down their offices and homes. Once stripped of trees, the forest was turned into pasture for grazing livestock. Along with other members of the community, Towett formed a CFA in 2012 to resuscitate the decimated forest.

Towett heard about the two billion tree initiative from the media, but told Climate Home his CFA had not been consulted on its implementation or how the community would be involved.

Instead, Chepalungu relies on funding from WWF to carry out its restoration work, which includes enclosing areas of land, allowing them to regenerate, he said.

“We have not received any funding directly from the Kenya Forest Service or the government to complete the regeneration or tree planting,” Towett told Climate Home News.

A forest like Chepalungu would benefit greatly from such funding, Towett said. “If we had enough funds to fencing the entire forest, it would help ensure that regeneration occurs. Now it is not fenced and people graze their cattle inside the forest, which hinders regeneration, ”he said.

To date, the forestry association has only succeeded in closing 100 acres of 4,871 acres of land, almost all of which is degraded, with funding from nonprofit associations.

The effects of the fence are already visible. “Lately we’ve been hearing about sightings of leopards in regenerated areas,” Towett said.

The program has also received support from the United Nations Development Program, the Food and Agriculture Organization of the United Nations and the United Nations Environment Program. Geoffrey Omedo, portfolio analyst at UNDP, told Climate Home News that UN agencies are supporting this initiative because they recognize “the importance of unlocking new climate finance flows to support Kenya’s adaptation efforts. and climate change mitigation ”.

Kenya’s environment ministry told Climate Home News that the fund was not yet ready, but would be launched soon, without providing further details.

James Waikibia, an environmental activist, doesn’t think this is the case. He believes the country will not meet the target of two billion trees by next year, citing corruption and the government’s decision not to involve local communities.

“The communities were not sufficiently involved in the practice. If the community does not have a project, then the trees planted in their area will not receive protection, ”he said. 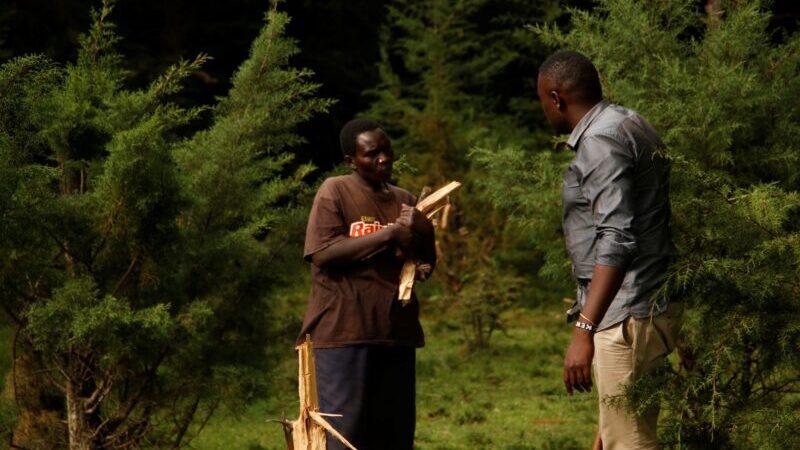 “We are receiving support from the Kenya Forest Service with regard to the nursery and other activities. However, we have not received any specific support for the two billion tree initiative, ”Towett said.

The Kenyan government missed an opportunity by choosing not to involve local communities in its tree planting program, according to forestry analyst Sarah Kahuri.

“When we involve the forestry community, they also provide public policing. They make sure the bad guys don’t come and cut trees illegally and they know each other better than the forester who may not know the good guys and the bad guys, ”she said.

“Thanks to the regulations they have put in place, communities ensure their application, such as levying fines against members if their livestock encroaches on forest areas that are not forest grazing areas,” he said. she declared. “They also provide security with the help of forest scouts in the community. “

They have a close relationship with the Kenya Forest Service, which purchases their tree seedlings.

“We buy seedlings from them for between thirty shillings and fifty shillings per seedling, which provides income for the communities we work with,” Wambugu said.

Towett and Maiyani said they were disappointed with the government’s decision not to partner with forest communities, as promised. “All of this is just a pipe dream if there is no support for the community. Support should go directly to the community so that the impact is visible, ”Maiyani said.

This article is part of a reporting program on climate justice supported by the Climate Justice Resilience Fund.

Alzheimer’s disease expected to double in California by 2040, triple in…