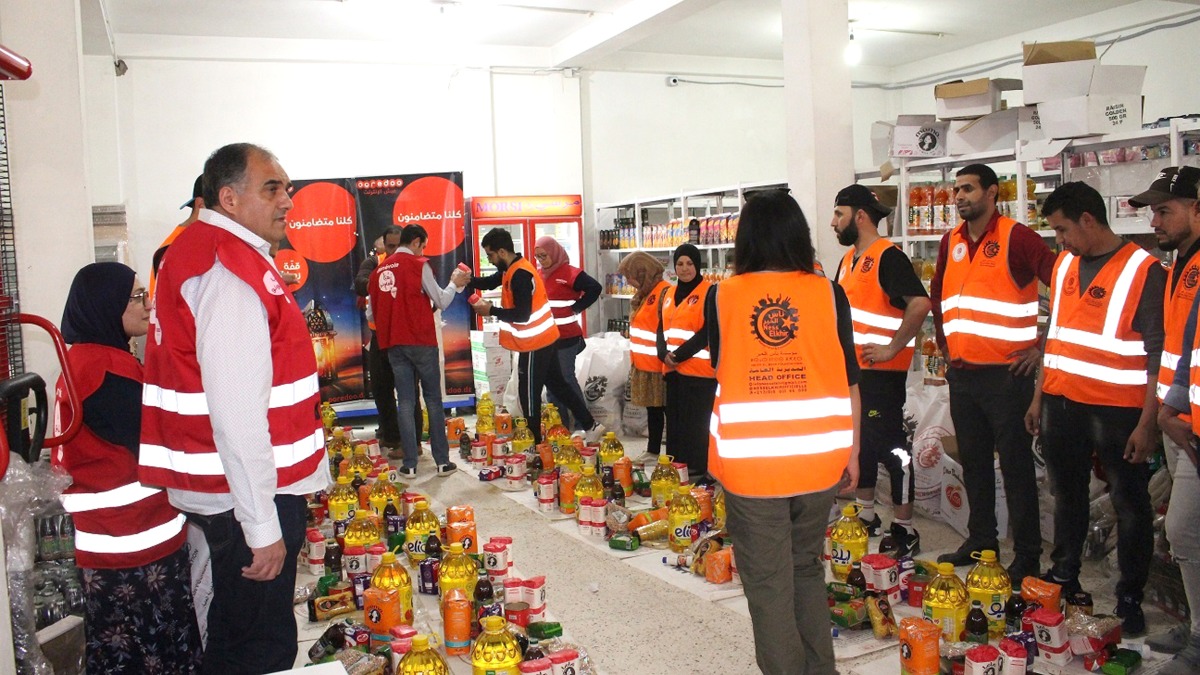 Doha: Ooredoo Group has announced that operating companies in its global footprint have conducted a series of corporate social responsibility initiatives during Ramadan. The activities and initiatives were aimed at providing support to the communities in which the Group’s companies operate, in line with its corporate social responsibility strategy.

Speaking about the annual activities, Sheikh Mohammed bin Abdulla Al Thani, Deputy Group Managing Director at Ooredoo, said, “We place great importance on our annual CSR strategy and initiatives for Ramadan; As a leading telecommunications operator and an integral part of the communities in which we operate, we believe we have a responsibility to our communities to offer support wherever and whenever possible. Ramadan is for us the ideal time of the year to concretely demonstrate our commitment to this responsibility, as evidenced by the many activities organized and carried out by our operating companies. Seeing so many valuable initiatives successfully deployed in the countries in which we operate is always incredibly gratifying and a source of great pride for the group.

In Qatar, Ooredoo launched an annual CSR campaign for the holy month. This year’s hashtag was #BlessedMoments, with a focus on acceptance, tolerance, inclusion and peace. The campaign highlighted the benefits of keeping lines of communication open – and keeping doors open – to building strong, connected communities. A video has been created to summarize the campaign message, illustrating how Open House connects, builds bridges and strengthens communities. The video can be viewed on YouTube.

Ooredoo Algeria led Operation Khir Rabi, in partnership with the Ness El Khair Foundation, which involved the distribution of food parcels to families in need in 10 provinces. Donations to the IHCENE association enabled the opening of restaurants named Errahma and the distribution of straw baskets to families in need in four provinces. In addition, the operating company has launched an initiative to collect plastic bottle caps in order to support children suffering from xeroderma pigmentosum.
Indosat Ooredoo Hutchison’s efforts have focused on mosque caretakers in areas close to Indosat Ooredoo Hutchison’s offices and sites across the country, ensuring their well-being while tending to mosques for worshipers. The company encouraged employees and customers to make donations which were then distributed to 250 mosque guardians in five regional areas.

Ooredoo Palestine’s support for its communities during Ramadan has materialized in the distribution of water and dates in the West Bank and Gaza, so that the inhabitants of the region can break their fast. The operating company also organized community activities in Gaza, supported media and provided support to charities in Jerusalem, Hebron and Gaza.

In partnership with Mission for Migrant Workers Maldives (MMWM), Ooredoo Maldives distributed iftar packs to worker communities every Friday of the holy month. The operating company also encouraged donations to charities and non-governmental organizations through its money platform, m-Faisaa, and created the Kandoodhoo Mirus brand in conjunction with the Kandoodhoo Island Council to promote a locally produced chili pepper and connecting islanders to new opportunities. and socio-economic growth.

Ooredoo Maldives has also activated a free SMS prayer alert service, as well as a free madhaha on its ReethiTunes service. Customers could also make Zakat payments to the Islamic ministry via m-Faisaa on the Ooredoo app.

CSR activities at Ooredoo Oman have focused on fostering a stronger community, with the company resuming its annual Ooredoo Goodwill Journey visiting communities across the country to support those in need. Volunteers delivered food, appliances and gifts to various facilities supporting women, children, the elderly, hospital patients and children with disabilities.

The company also expanded its SMS donation service and launched an app donation service, allowing customers to donate to a range of charities in Oman, and ensured its employees were all up to date. of its CSR activities with bi-weekly quizzes.

Ooredoo Kuwait has partnered with Al Najat Charity to promote various charitable initiatives via SMS and has supported its Iftar and awareness programs to help those in need. Social media was used to share videos containing information on fasting and nutrition, and Iftar events were held for staff.

Ooredoo Tunisia launched its CSR program, tounest3ich.com, with the announcement of the Red Crescent as its first partner. Covering education, health, environment, social development and sport, the first initiative of the program was the distribution of 600 food parcels to 600 families in need in different regions of Tunisia. The Ooredoo Night Run in Habib Bourguiba saw more than 3,000 Tunisians gather to run for children with cancer, and the company marked Eid by distributing Eid outfits to SOS Siliana orphans.

Sheikh Mohammed concluded: “We view our annual CSR activities and initiatives as an honor for our teams across our global footprint. We would like to thank all our operating companies for their dedicated efforts this Ramadan, and to our loyal customers for their support, which allows us to maintain our position as a leading telecommunications operator and to fulfill the obligations we create for ourselves. as part of our CSR strategy.