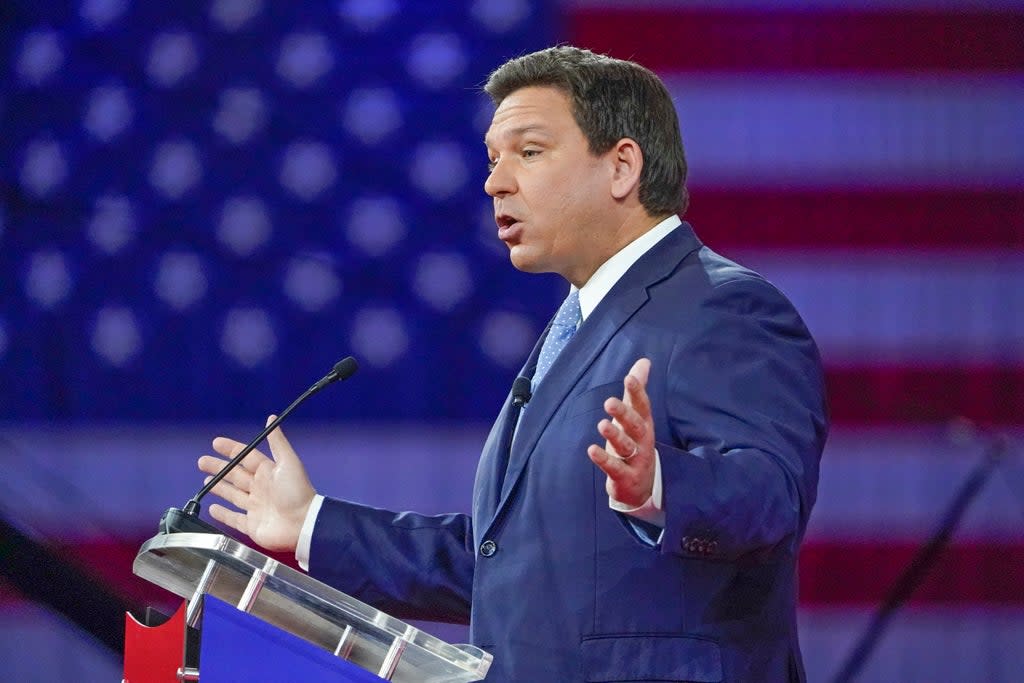 Following the adoption of the so-called “Don’t Say Gay” bill, Florida Governor Ron DeSantis is set to enact another controversial law – the Stop the Wrongs to Our Kids and Employees (WOKE) Act – which could ban companies from diversity training.

Critics warn that the ‘Stop Woke’ law – introduced by the governor to codify ordinances banning Florida schools from following a perceived ‘critical race theory’ curriculum – could censor lessons on racism and promote dishonest reading Of the history.

There “Bill “individual freedom” also applies to workplace diversity training sessions, which could be considered an illegal employment practice subject to litigation.

Legislation could prohibit companies from suggesting that “an individual’s moral character or status as privileged or oppressed is necessarily determined by race, color, sex or national origin.”

During the debate, bill sponsor and Republican State Rep. Bryan Avila specifically singled out The Walt Disney Company’s Reimagine Tomorrow as a program of concern, saying the company educates its employees about “systemic racism” and discrimination. “critical race theory”.

According to Disney, Reimagine Tomorrow is about “amplifying underrepresented voices and untold stories” and builds on Disney’s longstanding commitment to diversity, equity and inclusion.”

Following revelations that Disney entities donated tens of thousands of dollars to Republican lawmakers who backed the “Don’t Say Gay” bill, prompting Disney officials to publicly oppose the bill, Governor DeSantis and other Republican officials attacked the company, a weight heavy state policy and the largest private employer in the state.

Company staff and LGBT+ allies have also walkouts organized to protest against the bill.

Governor DeSantis issued a statement on his “Stop Woke” bill in December 2021.

“In Florida, we take a stand against state-sanctioned racism which is a critical theory of race,” he said. “We must protect Florida workers from the hostile work environment that is created when large corporations force their employees to undergo CRT-inspired ‘training’ and indoctrination.”

Lt. Governor Jeanette Nuñez added that she was proud to stand with the governor on this bill and with “the state of Florida without revival.”

Florida Education Commissioner Richard Corcoran said “classrooms, students, and even teachers across the state are under constant threat from critical race theory advocates,” and added that “Schools should empower students with important and historically accurate knowledge and give those students and their families the freedom to draw their own conclusions.

The governor said the legislation will prevent schools “from teaching children to hate our country or to hate each other. We also have a responsibility to ensure that parents have the means to assert their rights when it comes to enforcing state standards.

Opponents of the bill say there is little evidence that critical race theory is being taught in public K-12 classrooms and that the legislation simply provides Republican officials with another opportunity to discretionary policing that will discriminate against people of color when exercising their First Amendment rights.

Under Donald Trump’s administration, federal agencies have been ordered to identify “anti-American propaganda” or any formation of “critical race theory” in its contracts and spending. President Joe Biden overturned the order, but Republican state lawmakers across the United States proposed their own bans on critical race theory.

Marianne Ward: Are our “trainings” separated by skin color?