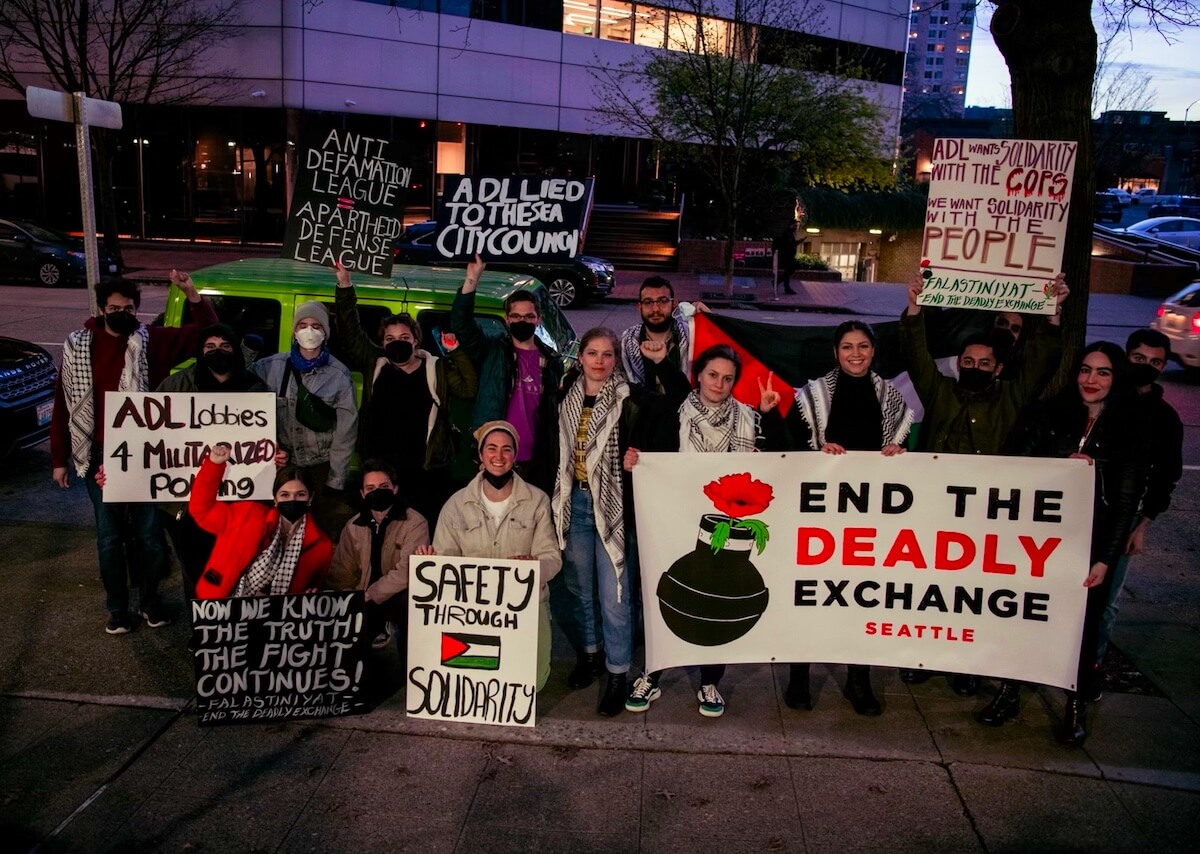 In June 2020, at the height of nationwide protests against the police following the murder of George Floyd, two of the top brass of the Anti-Defamation League (ADL) delivered a sober and somber assessment. joint trainings they have been organizing since 2004 between American and Israeli police forces. In a note to ADL CEO Jonathan Greenblatt, who was leaked to the press, ADL Senior Vice President George Selim and ADL Vice President for Law Enforcement and Analytics Greg Ehrie acknowledged that such trainings are extremely expensive, may have led to militarization of American police, and have increased resentment toward the police among politicized communities and communities of color in the United States.

Indeed, earlier that same summer, the Minnesota State Patrol requested a “mine resistant vehicle” to engage in what they described as “deployment,” not police work, in Minneapolis. Facing crowds of unarmed civilian protesters, the Minnesota Department of Public Safety expressed the need for an increased law enforcement presence to deal with what they saw as “urban warfarein Minneapolis — using a military term typically reserved for combat against a foreign enemy, not the citizens the police are meant to serve and protect.

Specifically, Selim and Ehrie write that “in light of the very real police brutality at the hands of militarized police forces in the United States, we need to ask ourselves some tough questions, as if we are contributing to the problem. In other words, we must ask ourselves why it is necessary that American police, enforcing American laws, need [sic] meet members of the Israeli army. We need to ask ourselves if, coming home, those we train are more likely to use force. They considered the pros and cons of a number of options, namely ending trading, continuing trading, reforming trading, pausing and reflecting on trading, before making the recommendation that trading , being costly, controversial, counterproductive, and likely to aggravate an already serious situation, should be terminated.

I live just outside of Seattle, a city with a notoriously racist police force, which has been the subject of a federal approval order to right a well-documented pattern of unwarranted excessive force and racist policing since 2012. Yet over the past decade, the Seattle Police Department has sent numerous officers on training trips to Israel, including former Police Chief Carmen Best and former Deputy Police Chief Nick Metz.

Two years ago, a coalition of 55 local grassroots organizations introduced legislation to end such trips, which would have been in line with Seattle City Council members signing a letter urging the Seattle Police Department to demilitarize and redirect funds from the police budget to community programs. While meeting with local activists ahead of the vote, council members described the ADL-organized trips to Israel as “wine and dine” social events. The leaked ADL memo, listing the impact of those trips, clearly belies the Seattle City Council members’ rejection of their nature.

In fact, the ADL was not only providing this training to the police, but also lobbying the Seattle City Council against ending the program.

“The leaked memo makes it clear that before lobbying against our legislation, the ADL questioned the substance and impact of these trainings while misleading Seattle City Council members to understand them. as benign,” Abby Brook, an activist with End the Deadly Exchange Seattle, told me. “We saw this happen when, in private meetings, Council member Andrew Lewis replicated the ADL’s talking point that these trips are simply wine and dine events. During the council’s full vote on our legislation, he acknowledged that four of the six past formations were listed as “tactical formations”, but still voted against the legislation, saying “we don’t really know the substance of these formations.

End the Deadly Exchange Seattle activist Aisha Mansour agrees and says, “After the Seattle City Council publicly vowed to demilitarize the Seattle Police Department, it was disheartening to see several council members jump to through hoops to justify voting against legislation that would prevent the SPD from training with countries that had been found guilty of the most gross human rights abuses.

“We knew Israel advocacy groups like the ADL had to lobby against our legislation, there was no other logical explanation for why the Seattle City Council would want our police trained by rights abusers of man.

“During the vote of the full council on September 20, 2021, it was very clear when the council member [Alex] Pedersen has openly stated that he has met with the ADL and is voting against our legislation, calling it a “time-consuming distraction from pressing matters.”

When approached about the leaked memo by reporters Alex Kane and Sam Levin, Selim downplayed its contents, saying it was only a draft and stating that the recommendation to end exchanges, as indicated in the memorandum, had not been advanced. Instead, Selim told Levin and Kane, the ADL intends to continue the program “with updated curriculum and content to increase the value and impact of this type of law enforcement engagement.”

Although it was indeed only a “draft”, the leaked memo confirms one thing: the ADL is fully aware that the joint trainings it facilitates between US police forces and Israeli veterans are counter-productive, unpopular among communities victimized by law enforcement violence. , and can lead to the hypermilitarization of American police. This hypermilitarization, as we all too often witness across the country, is having a disproportionate impact on communities of color. The ADL’s decision, nonetheless, and in full awareness of the racism and brutality of American police forces everywhere – and certainly in Seattle – is to continue its alliance with the police. This goes against their stated mission to fight discrimination and hate crimes and ensure justice for all. And the Seattle City Council’s failure to respond to its own local constituency, ending police force “wine and dine” trips to a country that the world’s most respected human rights organizations determined to be engaging in apartheid and crimes of persecution, is beyond shame.

Ultimately, in the leaked memo itself, as well as in their response to that memo, the ADL itself gave us the answer to the question “Which side is the ADL on?” This answer is “the racist police”. Unfortunately, this is also the side that the Seattle City Council and all the cities that engage in these exchanges have chosen.

Anyone interested in learning more about these deadly exchanges can attend a webinar on April 8, titled “The ADL is NOT a Civil Rights Organization,” in which key organizers of the Ditch the ADL The campaign will expose the many ways the ADL has hurt communities of color, gay people, immigrants, Muslims, Arabs and other marginalized groups, aligning itself with police and other perpetrators of violence in ‘State.

So where are the Palestinian voices in the mainstream media?

Mondoweiss covers the full picture of the struggle for justice in Palestine. Read by tens of thousands of people every month, our truth journalism is an essential counterweight to the propaganda that passes for news in mainstream and traditional media.

Our news and analysis are accessible to everyone, which is why we need your support. Please contribute so that we can continue to raise the voice of those who defend the rights of Palestinians to live in dignity and peace.

Today, Palestinians are fighting for their lives as the mainstream media turns away. Please support journalism that amplifies urgent voices calling for freedom and justice in Palestine.