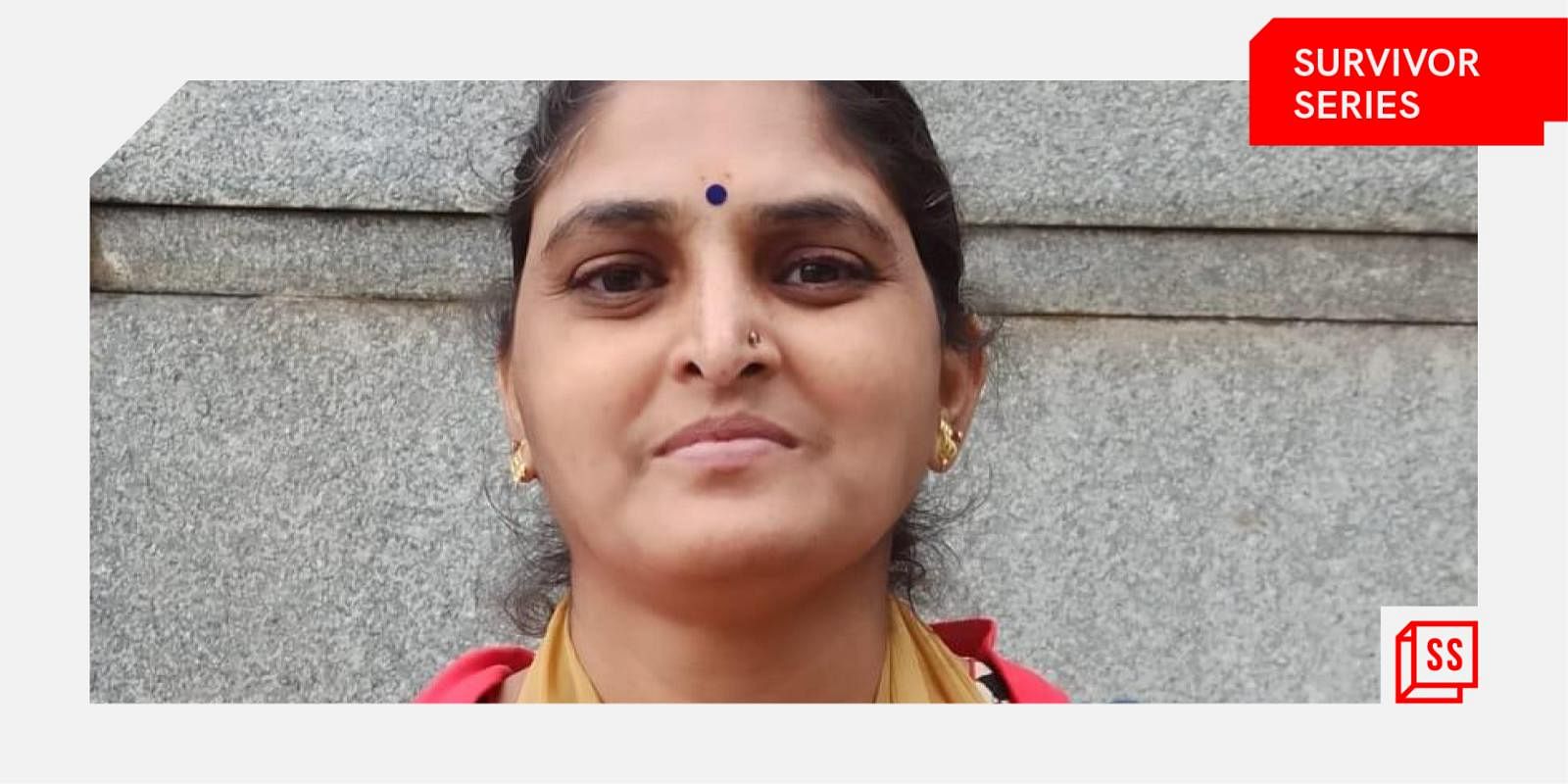 Training at my workplace, a garment factory, gave wings to my dreams

I am Rekha from Hunsur village in Mysore district where I completed my education till 10th grade. I got married in 2005 and now live with my husband and two sons.

I loved going to school very much but due to financial constraints I interrupted my studies and came to Bangalore looking for a job and ended up working in a garment factory.

Since 2006, Swasti has partnered with factories to ensure worker well-being by influencing policy and implementing interventions focused on worker development.

In the meantime, I had moved on to another garment factory. While working in the new factory, HR briefed me on the Basic and Advanced Training, which is a three-day external training provided by Swasti. At the end of this training, I was selected as ToT (Trainer of Trainers). I was apprehensive at first because I was unfamiliar with the many subjects I had to train, but thanks to the training I was able to learn and gain confidence in myself.

Previously, I was detached from everyone, whether it was my family members or my colleagues. But after the training, I realized the need for good communication and relationship building. We have been trained on how to communicate with our colleagues, management or even our family members.

I had to train other workers on everything I learned in the training. My colleagues told me that I was very strict earlier and compared me to an army officer. But after the training, I was more friendly and approachable”. I was thrilled with all the feedback I received.

During the training, I was initially very hesitant to speak or discuss topics like reproductive health in public, but we were told (by trainers at Swasti) not to be ashamed because it was very important for us to to be trained on this subject and also to train other workers.

Previously, we only knew “chit funds” as a savings method. But through the training, we were told about the importance of opening a bank account and financial savings. Even I have opened an account, but over the past year due to the pandemic and financial difficulties, I have not been able to save regularly.

After the training, through the social worker, we also applied for scholarships for our children. I continued to share information about social protection schemes with other workers.

I continued to work at the same factory for six years after the training because I wanted to give back to the factory and the community – as I consider the partnership between Swasti and the factory the reason for my professional and personal growth. .

Since the pandemic my husband has lost his full time job, now he does a lot of odd jobs to support the family. I had to look for other job opportunities that would help my family financially during this time. Swasti’s training has helped me a lot when preparing for interviews. The interview panel was also very pleased with how I attended several trainings provided by Swasti. Now I have joined as a training teacher in one of the leading garment factories in Bangalore.

I have always dreamed of becoming a teacher. I want to be a training officer in the next five years at least. One of my elders goes to other states to train workers in different languages ​​and I want to do that in the future. I would also like to open a training institute in the future and train female workers. I want to be able to provide them with certificates recognized by the government. I have all these dreams but I don’t have enough financial savings to make them come true as of now.

Disability Awareness Resources, Recorded Trainings from 2021 and Planning for 2022