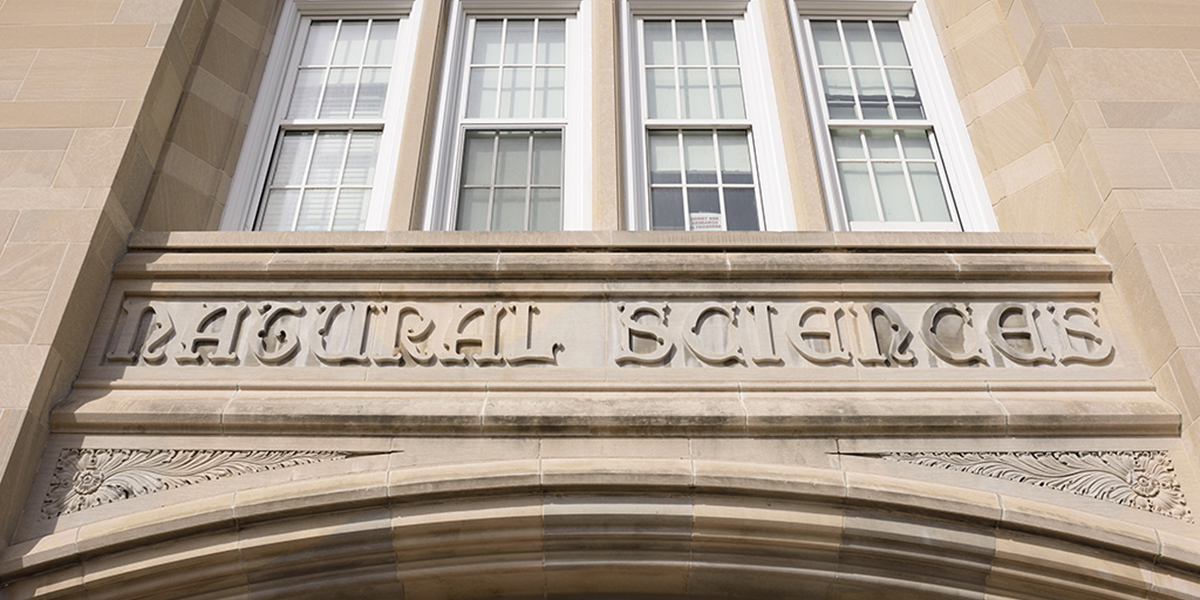 Michigan State University researchers Dalton Hardisty and Ilya Kachkovskiy will each receive a prestigious Alfred P. Sloan Fellowship of $75,000 over two years in recognition of their achievements as early career scientists with outstanding promise in their fields .

This year’s cohort of 118 Sloan Research Fellows come from 51 institutions across the United States and Canada. Hardisty and Kachkovskiy join the list of renowned scholars who have received Sloan Fellowships since their inception in 1955, including 41 MSU faculty members and 53 Nobel laureates.

“The recognition of our early-career faculty by an organization such as the Sloan Foundation is a testament to the caliber of our researchers at MSU,” said Doug Gage, vice president of research and innovation at MSU. “Not only will the Sloan Fellowship support their work, it will position their career trajectories for future success.”

Hardisty, an assistant professor with global change processes in MSU’s Department of Earth and Environmental Sciences, or EES, in the College of Natural Sciences, or NatSci, studies paleooceanography and geochemistry. Using sediment geochemistry, his lab studies the co-evolution of ocean chemistry and biology throughout Earth’s history, from billions of years to modern times. Hardisty is a leading expert on ocean oxygen and the environmental iodine cycle. He studies modern low-oxygen environments to learn more about ancient oceans where this condition was more prevalent.

“I am delighted and honored to receive this scholarship. I also have a lot of gratitude,” Hardisty said. “My current group of graduate students and postdocs as well as collaborating peers at MSU and other institutions have played a major role in this. I also had great mentors over time. In many ways, it’s a recognition of the integrated efforts of all these people.

With funds from the Sloan Fellowship, Hardisty plans to examine the conditions of marine iodate accumulation expected for Earth’s first oxygenation about 2.5 billion years ago. It also plans to create a geochemical database and framework for understanding trends in the abundance of carbonate minerals – particularly dolomite – in the Precambrian. Hardisty and his colleagues create the documents that modern scientists use as benchmarks to recognize the magnitude of change that exists today.

“Dalton is one of the most able young researchers in this field, and the Sloan Prize is great recognition of his accomplishments thus far and his future potential,” said Jeffrey Freymueller, director of the EES department. “Dalton’s Sloan Fellowship contributes to a series of recent awards and successes in the department. These collectively indicate a growing chorus of recognition of the national and international impacts that our department has on the earth and environmental science community.

“Dalton has a remarkable ability to move up and down the geologic time scale, with important questions and answers about the co-evolution of Earth’s oceans, atmosphere and life spanning millions and billions of years,” added Timothy Lyons, Dalton Doctoral Advisor and Sloan Fellowship Proposer. “He brings rigor and innovation to new chemical fingerprints of conditions on ancient Earth, often validating and calibrating his methods with studies of modern oceans. Among its most important contributions are new insights into the parameters of modern Earth oxygen starvation — a condition that may become more common in our warming oceans — and how and when oxygen first accumulated. times billions of years ago.

In 2017, Kachkovskiy came to MSU as an assistant professor in the NatSci math department. He works in a branch of mathematical physics called spectral theory and develops and uses meticulous mathematical methods to study models of quantum particles from quantum mechanics and solid-state physics. Currently, Kachkovskiy is studying the behavior of electrons in crystals and quasicrystals to determine whether an electron would be able to move freely (delocalized) or be bound to a certain location (localized). He develops new techniques to show that electrons will be localized in certain quasi-periodic environments.

“Personally, it’s a great honor to receive this award,” Kachkovskiy said. “Professionally, it will allow me more flexibility to balance my teaching, research, travel, and support for graduate and postdoctoral students.”

“Dr. Kachkovskiy’s record of publication and external funding positions him as an international leader in the important field of transportation in disordered media,” Promislow said. “The Sloan Fellowship reinforces his stature as he focuses on applying his breakthroughs in fundamental mathematics to solve pressing problems in quantum information theory. Dr. Kachkovskiy’s success highlights MSU’s critical role in supporting basic research that changes the world.